If you’re asking the question, what does a Gran lungo mean in the world of Nespresso? I am assuming you’re either a new Vertuo machine owner or planning to buy it. And you have certainly come to the right place to learn all about what gran lungo is and how it’s different from other Nespresso serving sizes. Let’s get to it!

What is a Gran Lungo?

If you’re familiar with the world of Espresso drinks, then you’ve probably heard of ‘Lungo’ as a longer shot of espresso. But what exactly is ‘Gran Lungo’?

Gran Lungo is a serving size that Nespresso introduced in their Vertuo range of machines and pods. It comes third right after Espresso and Double Espresso.

Gran Lungo is a 5 oz serving size that is what Nespresso called ‘Americano Inspired’. It tastes a lot like you’ve brewed a double shot of espresso and added hot water to it, but when using a gran lungo pod, you get that delicious brew without much work, only a single push of a button! So it’s different than the traditional style Lungo espresso that is 3 oz in volume.

Who Is Gran Lungo Coffee For?

This coffee is a great pick for anyone who wants a strong and short cup of coffee, but not as concentrated as an espresso or double espresso shots.

It tastes delicious on its own as black, mixed with milk or cream or it can be used as the base of many coffee recipes.

Personally speaking, Gran Lungo is the size that sold me on a Vertuo and made me get one. Coming from the world of Nespresso OriginalLine, I’ve always had to brew my lungo pods a bit longer, but they wouldn’t taste as good as they get watered down a bit. Gran Lungo pods solved this issue with the perfect serving size for me without dealing with any dilution.

What Do You Use Gran Lungo For?

This 5 oz serving size of Nespresso coffee can be used anyway you prefer. You can drink it as black or add any ingredients to it. If you want, you can use it as a base of milk based coffee drinks or iced coffee, but it will take more space in your cup and can taste slightly milder. If you want to use it for an Iced coffee recipe, I would advise that you go for a high intensity pod such as Fortado so it doesn’t taste watered down after a while.

Is Gran Lungo as Strong as Espresso?

Does that mean that it is strong? Does it contain more caffeine? What’s the deal here?

Espresso shot is a concentrated form of coffee, it’s quite strong to drink on its own. While many people enjoy it, it is still not a popular choice as a standalone cup of coffee. Majority of people use it as the base of their lattes or iced coffees, while others dilute it with hot water to make an Americano.

Gran Lungo is a milder choice in comparison. It can replace your Americano or drip coffee (but it doesn’t taste exactly similar) and it can be enjoyed for a longer time since it’s a larger serving of coffee.

When it comes to which is stronger is taste or which has more caffeine, this isn’t something I can sum up for sure, because it will solely depend on the blend Nespresso is making in a certain pod.

What I can tell you for sure is that, taste wise, Espresso will most likely be stronger, but strong taste does not equal more caffeine. Gran Lungo pods can possibly contain more caffeine that espresso, depending on the blend.

As you know, there are two types of Nespresso machines: OriginalLine and Vertuo line.

To give you a quick comparison between the two,

In OriginalLine machines, which pretty much uses the same pod size for both espresso and lungo (adds slightly more grounds in the lungo pods), you can make espresso or lungo in their traditional serving sizes. These sizes can be reprogrammed to make longer cups of coffee, but they will most certainly taste diluted if you change the parameters to brew more coffee. OriginalLine’s Lungo by default is a 3.7 oz of coffee.

Vertuo’s Gran lungo, on the other hand, has a larger pod that contains enough grounds to make more coffee without losing any of the taste. You can getting a longer cup of coffee using more coffee grounds.

Taste wise, Lungo is similar to an espresso shot but not has concentrated or heavy. It tastes slightly lighter than an espresso. Gran Lungo has the punchy taste of espresso, but it’s closer to a cup of coffee than a short shot of espresso.

If you’re a fan of Espresso crema, Nespresso Vertuo machines are known to make thick crema in comparison to OriginalLine machines. This is due to the brewing process of a Vertuo machine, which uses spinning mechanism instead of pump pressure to make the espresso or coffee.

These are two of Nespresso Vertuo’s serving sizes and each has its own dedicated capsule size.

Double Espresso is 2.7 oz in capacity while Gran Lungo is 5 oz.

If you’re not a fan of drinking espresso on its own, the double espresso pod is recommended for many milk recipes like Lattes (hot or cold). It’s available as part of Nespresso’s Barista Creations collection, made exclusively for milk based drinks, or in other blends.

How Much Caffeine Is In Lungo and Gran Lungo Pods?

Gran Lungo pods contain 10 grams of coffee grounds per pod. How much caffeine in each pod depends on the type of beans use to make each blend, but on average, they contain 120mg to 195 mg of caffeine.

OriginalLine’s Lungo pods contain an average of 5 grams of coffee per pod. Caffeine wise, it contains an average of 65mg to 100mg.

As of the time of writing, Nespresso offers a selection of 6 different Gran Lungo pods:

Inizio, Fortado, Fortado Decaf and Arondio. And from their single origin collection: Ethiopia and Costa Rica. Occasionally, they will add more pods in their limit edition and seasonal lines of pods.

Where Can You Buy Gran Lungo Vertuo Pods?

Vertuo pods, generally, are patented to Nespresso and are only available from them. You can buy your Vertuo pods either from local Nespresso stores or their online store. Other authorized online retailers might carry them, like Amazon for example.

There are no Vertuo pods available from brands other than Nespresso. In some local supermarkets around the USA, you could find Starbucks Vertuo pods, which are licensed and made by Nespresso.

As for refillable pods, there are some options available from third party brands, but none of these are licensed by Nespresso. So use them at your own risk. 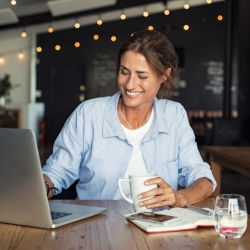 Dee
Addicted to all things coffee. I keep up with espresso and coffee makers to bring all my knowledge to this blog.